I always find January a bit of weird month. Everyone’s just starting to wind down after the Christmas madness, work goes back to being boring as normal and there’s the whole new year new me hype (which I admit I sometimes jump on).

I usually start the year feeling a bit lost and unsure what to do with myself. The past few January’s I’ve gone away for my birthday but this year I decided to save money instead.

I’ve been trying not to waste a single day of January and try and get some life planning done.

The biggest highlight of January for me of course was my birthday which I turned 23, yep I’m officially getting old. I went out drinking with my friends, and then for a nice family meal to Springwater, a Chinese Cantonese restaurant which I am obsessed with! 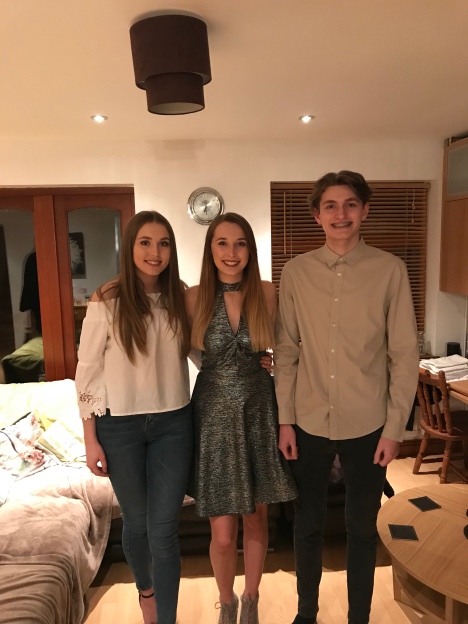 Work unfortunately hasn’t been that busy so I’ve had more free time than I thought, so I’ve really upped my gym game.

I’ve been going about 2-3 times a week and changing up my work outs to keep it interesting.

I’ve also been trying out some great new recipes and cutting out some fatty foods. I cave every now and then and choke down a chocolate bar (or three) but I’m doing better than I was last year.

Me and Ted have been on some very cold and rainy walks together, and he’s had his fur cut so he’s no longer a fluffy Teddy Bear.

I watched The Greatest Showman twice because it’s the most amazing film ever. I’m so getting it on DVD as soon as it comes out. I also watched the new Jumanji which was okay but not as good as the first.

I’ve upped my job hunting game and been really trying hard with applications. I also gave my CV a bit of a revamp and made a whole pinterest board full of ideas which you can check out below:

The hard work has paid off as I’ve had a few interviews and I’ve said yes to one job which I will be starting in a few weeks. I’m not going to lie, I’m a little terrified! I hate starting new jobs.

I’m making plans for the summer already and I’ve got two holidays booked, wooo! I’m going to Majorca for a week in April and Bude for a week at the end of May. I really want to go to Disneyland so I’m trying to persuade the boyfriend to go there with me.

I think that’s about it for January, it hasn’t been too much of a crazy month but I’ve managed to get some planning for the year done and got myself a new job so it’s not been a complete waste.

I wish Spring would just hurry up, I’m fed of this cold and miserable weather.

Here’s to an even busier February

I hope January was a good month for you