Last Tuesday I was invited along to a Christmas blogger party organised by Bru as part of their Christmas menu preview.

There is only one word to describe that night….CAKE.

There was so much cake, and it was so delicious and there was Christmas stuff, a perfect night. 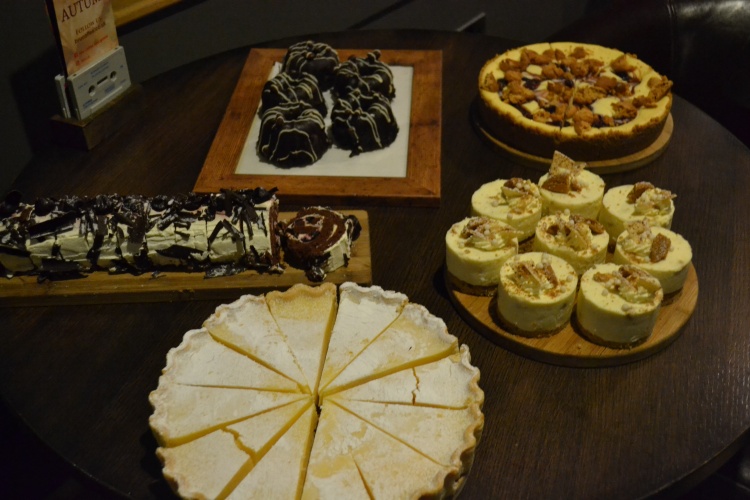 Bru is in Leicester and me and my friend Jay got the train down from Derby together and met up with a few other bloggers in Bodgega before making our way down.

Bru had set a table up for us upstairs, all festively decorated and they had the most adorable name settings ever.

I am literally in love with this, its just such a genius idea.

We played passed the parcel, listened to some Christmas music and then we had our Secret Santa.

Unfortunately the person who had me couldn’t make it, but there was a present left over which I got to have and it was Lush stuff, I love Lush! (Thanks to whoever bought them)

Once we’d had our Christmas fun, Bru bought out a selection of treats for us to try.

First up were little samples of a Gingerbread latte, a Spiced Orange hot chocolate and also a Cookies & Cream hot chocolate.

I’m not usually a fan of hot drinks so the latte wasn’t really to my taste, but I do enjoy  hot chocolate and these were so yummy!

My favourite has to be the Spiced Orange hot chocolate. I’ve never tried anything like that before and it tasted just like a Terrys Chocolate Orange.

After the drinks, we were brought out soooo many cakes and each one tasted amazing!

There was a Lemon Tart, Black Forest Roulade, Ginger Nut Cheesecake, Chocolate bundt cakes and a Cherry and Amerreto Cheesecake. 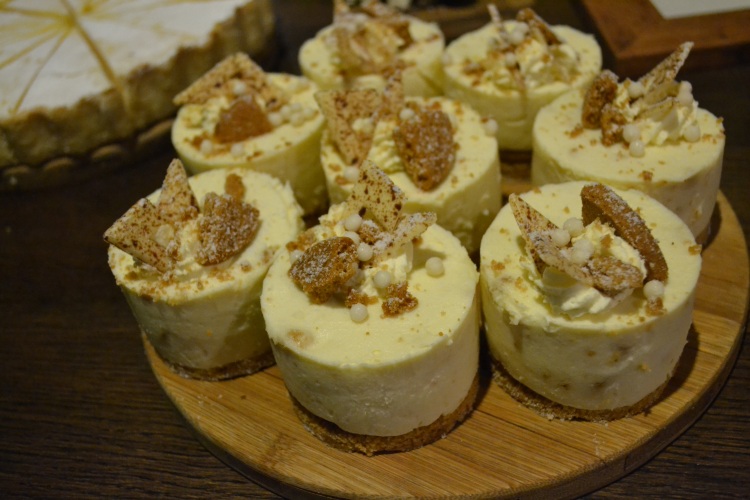 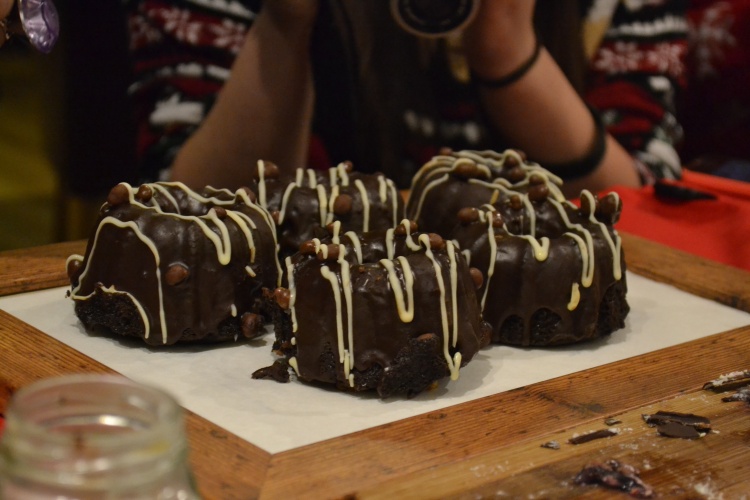 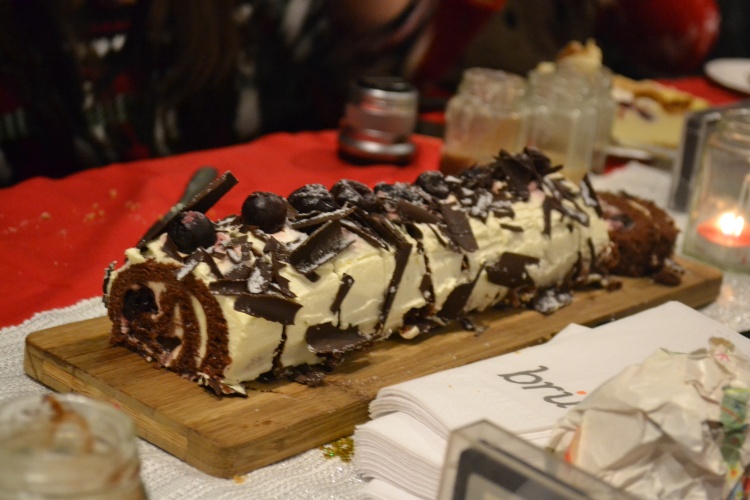 It’s hard to choose but I think my favourite was the Ginger Nut cheesecake,the rest were still so tasty though.

I’ve never been to Bru before so I didn’t really know what to expect. It’s a coffee shop that sells a lot of cakes and also Ice Cream!!

It’s the kind of place you could go sit and do some work, or have a catch up with friends. I wish I lived near by so I could pop by more often.

Their  Christmas menu launches on the 14th November and I would definitely recommend a visit.

Thanks for Bru organising the event, and also Emmie and Kirsty. I had such a fun Christmas spirited night!